The teams at SIB include: 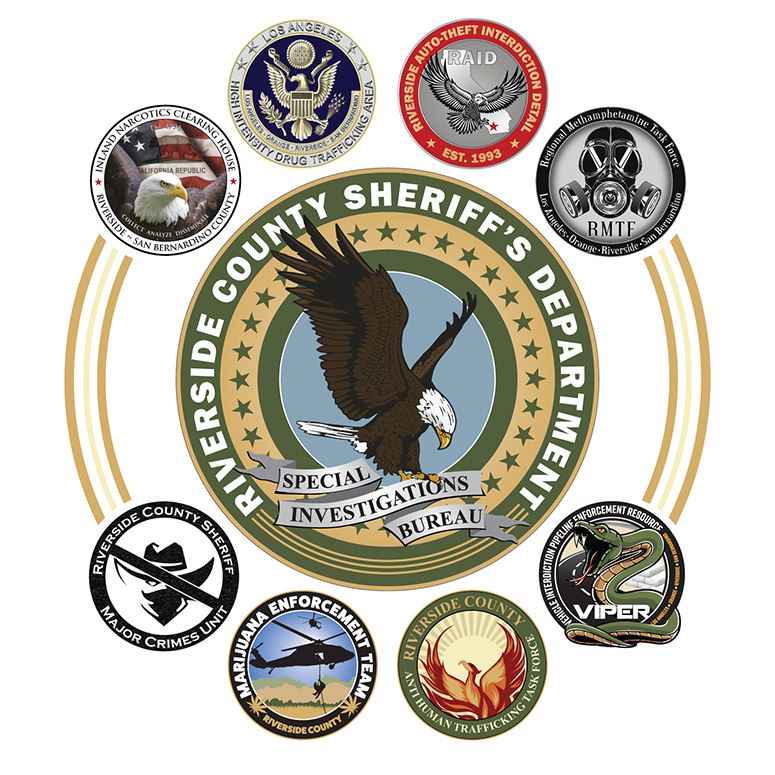 These units within the Special Investigations Bureau investigate complex cases that often involve organized crime or other major crimes to include money laundering, racketeering, large-scale auto theft rings, human trafficking or drug trafficking organizations. Investigators and the support personnel assigned to the bureau are among the most highly trained and dedicated personnel the Riverside County Sheriff’s Department has to offer.

The Bureau has built an exceptional reputation through its collaboration with allied agencies throughout the County of Riverside and other specialized units throughout California to identify, locate, and arrest the most hardened career criminals who negatively impact our communities.